New Order, and Joy Division before them, have always been there in the background since I was a teenager. Have caught them at Glastonbury a number of times and in my record, yes record, and CD buying days always picked up a copy of their latest release within a few days of it coming out.

Dinosaur Buys CD
When “Music Complete” came out I went into a local shop to buy the CD so I could listen to it in the car. When paying for it the chap behind the counter said to me “You don’t see many like you anymore coming into buy the latest New Order CD”, guess I must be some sort of dinosaur.

Sad Git On The Tube
Reminds me of the time I was on the tube in London going to work and looked over at the chap sitting across from me. He was dressed in black jeans, black jacket and sporting an 80’s style hair cut. I thought “Oh mate, that looks a bit sad, times have moved on, get a life!” and then with growing horror it dawned on me that I was dressed exactly the same! Ahhh… and I never dressed the same again from that day onwards, it was time to move with the times. I still catch a glimpse of those guys now and again, often with girlfriends 15+ years younger, at gigs by random bands from back in the day. Each to their own.

Barney & Hooky Books
I have read both Barney’s Chapter and Verse and Hooky’s Inside New Order and enjoyed both. Hookys book is more complete regarding what was recorded when and where. It also spills the beans much much more regarding rock n roll carry on and such like. He does give fair dues to people for their skills and abilities even when he does not have a good relationship with that person. In the end I really didn’t know what to make of him, selfish, honest, petty, hard done by, feckless, rock god, stupid, fun, all and none of these things, but for sure as well as being part of the soundtrack of mine and many others lives – which is really something for a working class lad to achieve, you wouldn’t want your daughter to have hooked up with him in his hayday, and that I suppose is rock n roll!

Finger Picking Practice
I use this version of “Bizarre Love Triangle” to practice my finger picking on acoustic guitar. Capo on 6th fret, again, its another four chord song, with three main chords (C, D & Bm) with a G at the start, middle and finish. To make it easier on myself and to keep the changes simple as I practice the finger picking I use Cadd9 instead of C and for the Bm, from the D, I simply move my index finger up to the A string second fret. It may not be 100% correct but works for me.

Some inspiration by Barney 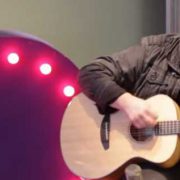 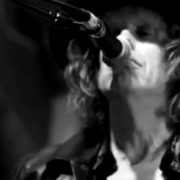 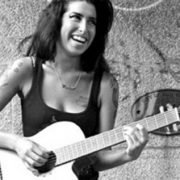